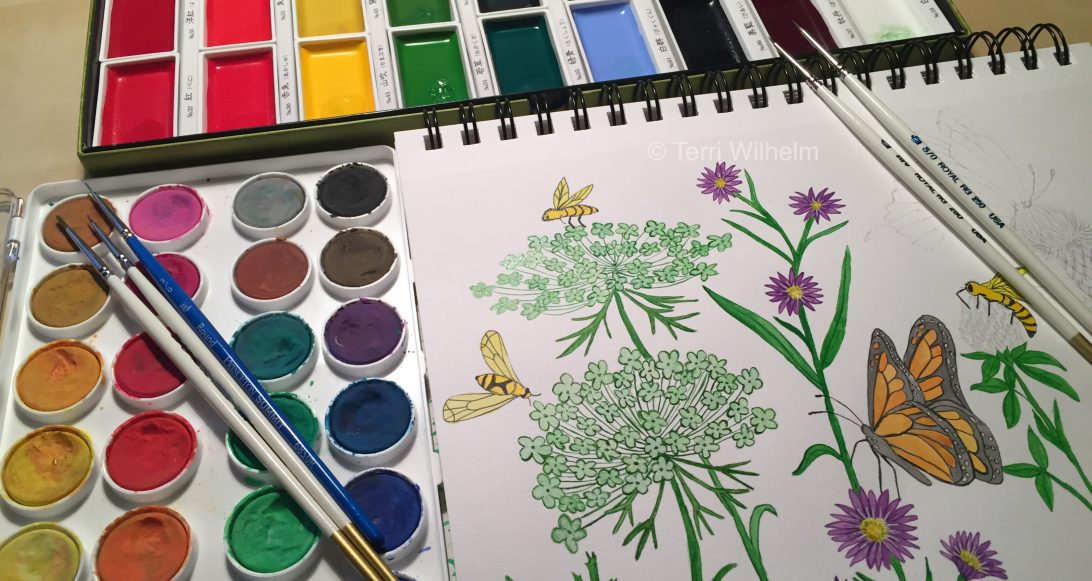 My photo of the week is actually from last weekend, but it was from an adventure that has stuck with me all week. Hope you don’t mind that it’s more than just one photo 😉

One of my favorite things to do is going to concerts, which I don’t get to do often enough. I was lucky enough to go to a huge concert in Chicago over Labor Day weekend, so I wanted to share a couple photos from the two shows we saw. We were also lucky enough to have great seats, about 10 rows behind the mosh pit. 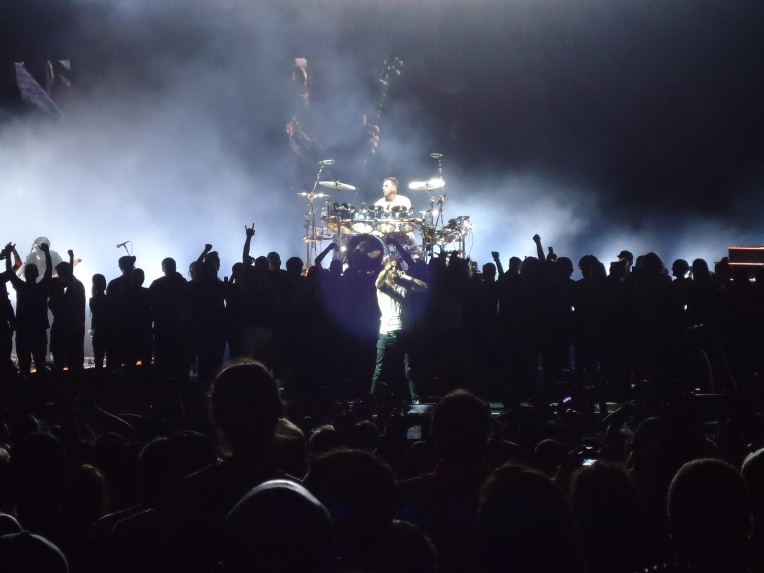 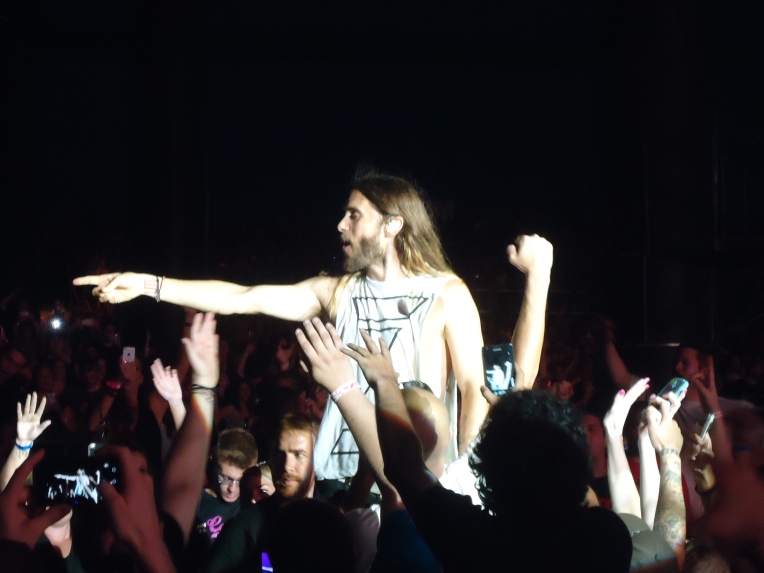 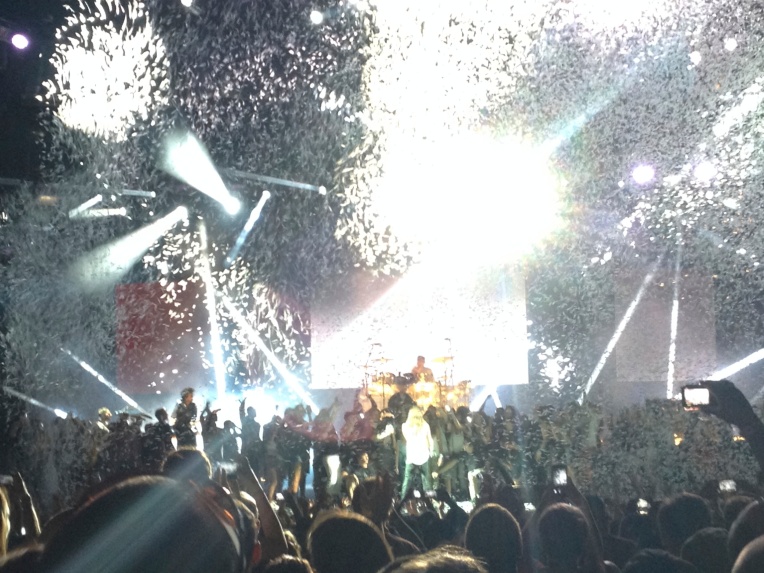 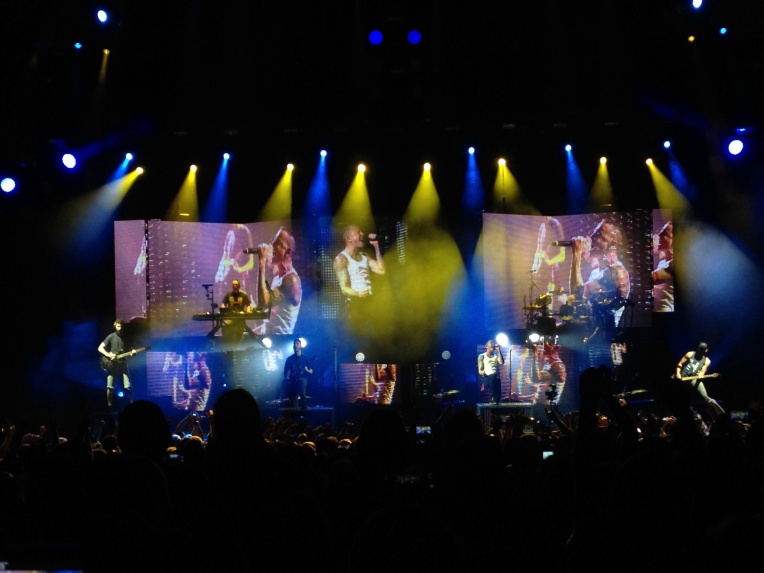 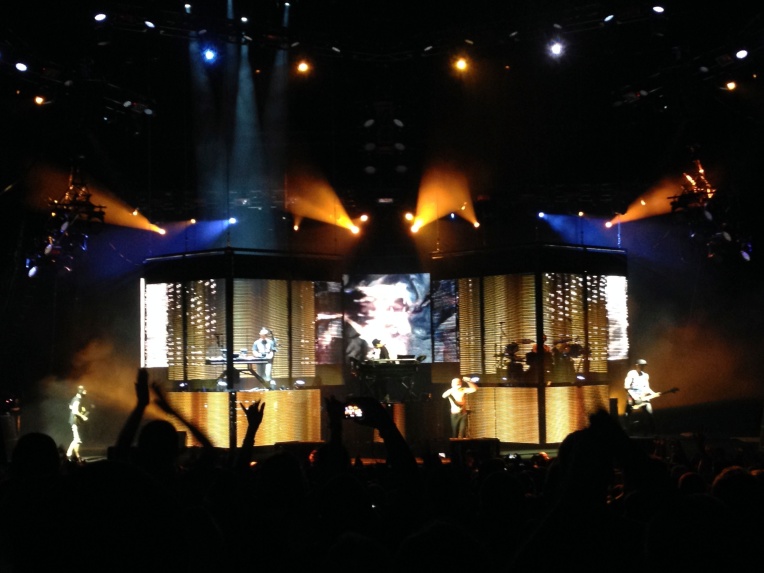 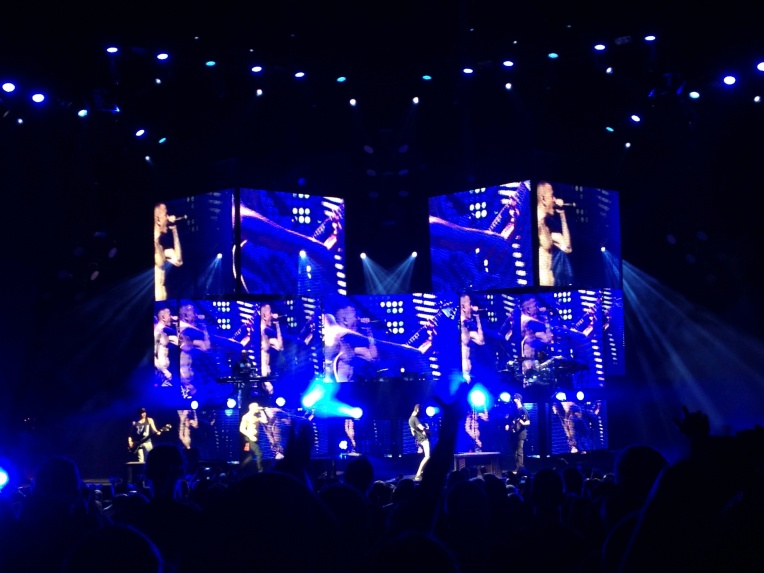 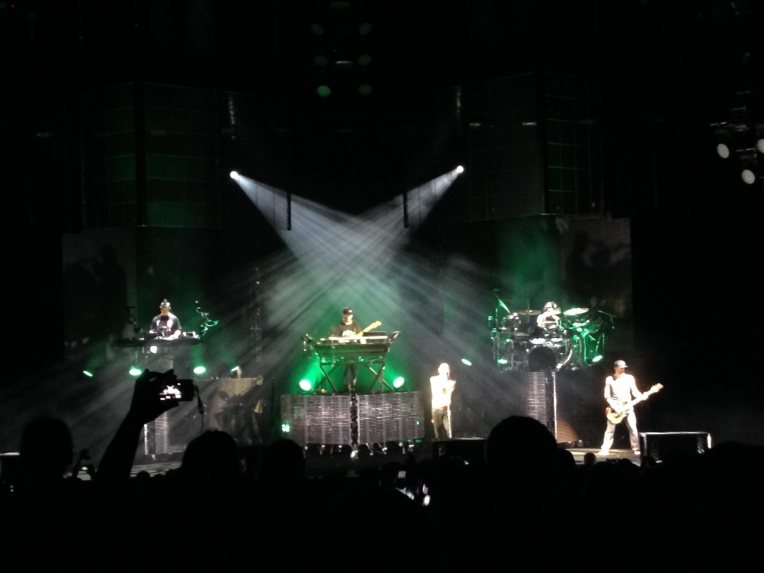 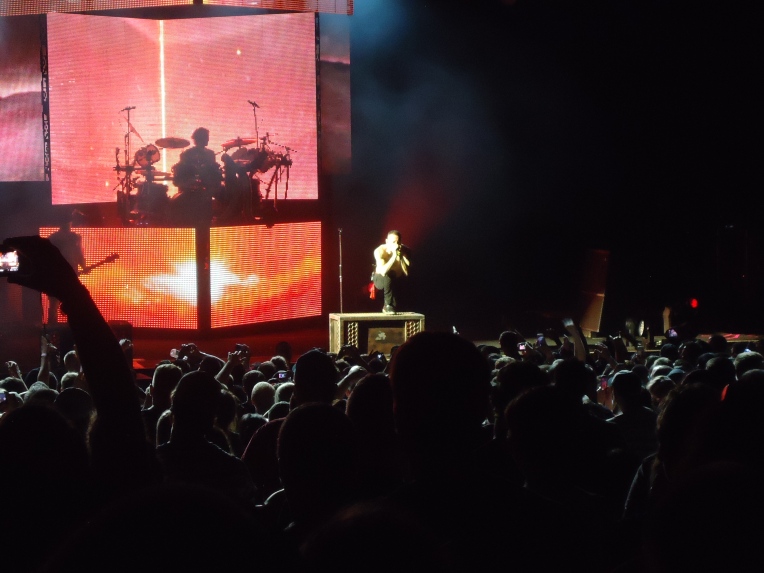 This is the second time I’ve seen both bands, but these shows were so much better than the last time. In fact, they were incredible! I jumped, screamed and sang every word, and then lost my voice 😉 Needless to say, we had a blast!

The event organizers don’t let fans bring nice cameras into concerts (cameras with a removable lens), so these are cell phone pictures from a cell phone that’s a few models behind the latest and greatest. Note to self: buy a point–and–shoot camera with a better zoom feature for the next concert.

Hope you have some fun adventures planned during these last days of summer.

One thought on “Photo of the Week – Concerts”

Thanks for stopping by my notebook! I love to illustrate in my sketchbooks while listening to the sounds in my backyard from my home office.

I am passionate about life and what I do. I love being creative in many ways, traditional drawing and sketching, watercolor and gouache painting, digital illustration, surface designs, fabric design, stationery, screen printing, gardening, and nature photography. I also love to explore and go on hiking, biking and kayaking adventures. I hope you are inspired by your visit here!